My Microblading Experience With Maryam Collahi

My Microblading Experience With Maryam Collahi

General Beauty Tips 3 comments
Due to the increasing popularity of eyebrows, I’m pretty sure you’ve heard of microblading/microstroking/feathering/semi-permanent makeup. If so, have you ever considered having it done?  I’m well aware that us girls always find ways to enhance our appearances in a natural way. Makeup is fun and powerful, but sometimes can get really annoying and lazy to do, that’s why if we can have something done that can help us save time and money, we do it!

Eyebrows are the most important feature of your face, it holds the highest value and makes a lasting impression. Nowadays, the brow-hype is becoming even more popular, if you’re not satisfied with what you have, there are soooo many ways to enhance them like tints, threading, different types of eyebrow makeups like powder, gel, and pomades; and some of us would even consider investing in much more expensive procedures like hair transplant to eyebrows (yes, its a thing!), tattoo and microblading. Let’s be honest here, we’ve all envied Cara Delevingne for her thick and luscious eyebrows. We all just want to wake up in the morning with a “I woke up like this” eyebrow and not worrying about your makeup coming off when you go swimming or when it rains. Here is my honest opinion you can take into consideration about getting microblading and where to have it done, is it worth it? Would I do it again? I list down some basic and important infos about this procedure. I gotchu covered! 😉

First off, what is microblading, how it’s done and how does it differ from tattooing?

You probably have heard a bunch of “eyebrow tattoo horror stories” and seen pictures all over the internet those hideous, gray and sharpie-looking tattooed brows. Eyebrow tattooing and microblading are both cosmetic tattoo. Here’s a breakdown of how they differ from each other:

Eyebrow Tattooing:
– implanting pigment into the dermis of the eyebrow skin area with a mechanized hand piece.
– process consists of continuous filling in of pigment into the skin.
– creates a solid eyebrow shape.
– permanent. This process involves damaging of the skin which makes the body respond with white blood cells attempting to dispose of the foreign particles into the bloodstream. Pigment particles are too big to be eaten by white blood cells which makes them just sit there.

Whereas, Microblading:
– is a method of embroidering the eyebrows manually using a special pen or hand tool device with a very thin, fine blade (that’s why it’s called microblading!) or group of needles to create fine lines that resemble eyebrow hair strokes.
– individual hair strokes are drawn one by one.
– it is semi-permanent; lasts about 1 – 2 years, sometimes even up to 5years!
– a much smaller amount of pigment is inserted into the skin. The ink is deposited into the epidermis and fades overtime due to regeneration of cells at the epidermal level.

Now, let’s move on to the spotlight of this blog — meeting the brow queen and be blessed by some luscious brows!

I’ve always had thin, sparse brows. One day, my aunt tried to put makeup on me for fun and my filled eyebrows caught most of my attention, I fell in love with it. I self-taught how to fill in my brows at 15 and had been doing it ever since. For me, it’s the eyebrows that enhances my whole face. I feel like I look like a different person without it. And for as long as I have perfectly filled brows, I wouldn’t bother putting any more makeup. Right now, you find yourself reading this blogpost of mine because you are probably considering this procedure, just unsure to where’s best to have it done. A very good eyebrow specialist holds the key to your perfect eyebrows!

If you already know Maryam and follow her on Instagram, you might have seen and most likely joined her Microblading Giveaway. The mechanics of the competition is pretty simple — follow, like and share the post with the #maryamcollahigiveaway. Of all the handful of girls who joined, Maryam picked me!! After an intense and thorough research about semi-permanent makeup, I finally decided on investing in microblading. I found Maryam on the world wide web in the midst of my quest for a really good eyebrow technician whose “Eyebrow Queen” worthy — I mean, its mi eyebrow that we are talking about here, I need to be very picky, can’t just have anybody to do it. And it was pretty hard to find a reputable one here in Vancouver as there were only a few people who did reviews which even made me consider driving to California just to get them done. I seriously fell in love with her work as I was scrolling through her gallery of before-and-afters on her website, and so I have been saving up for her magical touch. As soon as I saw her post on Instagram, I instantaneously reposted the photo. The next day, I received a message from her telling me that I am the chosen one 😅 next thing I know, I’m on her magical chair of brow transformations.

They booked me to come in on the 13th of August. I was very excited, but mostly nervous and unsure — was even having second thoughts if I should go through the procedure. First off, I’m scared of needles and everything sharp; second, I was having doubts — what if it doesn’t turn out beautiful? I’m going to be stuck with that eyebrow for a year or two. But every time I had doubts, I’d always go back to Maryam’s page and it’d restore my confidence in getting it done once I see  her amazing works, I thought to myself “they will put numbing cream anyway, plus that’s the best thing about semi-permanent, if it doesn’t turn out the way I want it – I won’t be stuck with that eyebrow forever, I got nothing to lose”. And so the day comes, I arrived and I just want to take a moment to appreciate her beauty studio — all the walls, the chairs and the tables were a combination of white and silver giving the whole place a real chic, classy and elegant ambiance. Maryam was the first one who greeted me as I walked in, I can’t say enough about this woman – she’s very sweet, personable and sophisticated. She made me feel very welcome and comfortable, and the way she congratulated me was like I won a beauty pageant, and she’s crowning me — with a brow LOL 😂

As it only has been almost 2 weeks since the procedure, my brows aren’t fully healed yet and so I can’t really tell how it turned out — that being said, I will be doing final updates after a month and after my touch up.

Sooo, let’s start with the procedure, shall we? Of course, I came in with makeup on my eyebrows; generally, it’s preferred to come in without any makeup on but my brows are too important to me, can’t live and leave without them; also, I thought it’s best to have them on to give the technician a better idea on how you want your brows to look like — what color, how thick, arched etc. She had her assistant take photos of my eyebrows with and without makeup on, then put some numbing cream to sit for 30 minutes. I was getting really nervous as the thought of the blade really freaks me out. As soon as the numbing cream takes effect, Maryam started off with threading my brows (ONLY threading I had without my natural brow shape getting ruined. I taught myself how to thread my own brows because of all the horrible threading’s I have experienced) then she consulted me on how I want my brows to turn out as well as advised me on eyebrow thickness, color and shape best suits my face and skin tone. After she was done drawing her eyebrow guide with a brow pencil, she started implanting pigments into my brows. It doesn’t hurt that much — if you’re used to or have tried threading and/or waxing, I’m pretty sure you’ll be able to handle the level of discomfort of microblading. Although, the sound of the blade scratching through my brow skin makes me feel really uncomfortable. That’s just about the only thing that made the whole process unpleasant for me. After each blading, she would spread some ink on my brows with a Q-tip and let it sit for a few seconds, wipe it off, blade, repeat — my brows would always turn out better and better after each blading frequency, and so I would always have this frenzy smile of excitement on my face; bushy, luscious eyebrows — unlocked! 😂 It started to hurt after a couple repetitions of the process due to constant scratching and rubbing. My eyebrows felt really numb and swollen (just felt swollen, but they weren’t swelling). The whole process lasted about 2 and a half hours. Maryam did really take her time and was very meticulous in every step of the process. She didn’t want to irritate my brows too much and so she ended the process and told me to book for the recommended touch-up after 4 weeks to attain the maximum potential of my brow goals. I mean, this new brows already looked perfect for me! What more could I ask for? The process is not as easy as “bi-bi-di, ba-bi-di-boo”, but its definitely worth the two hours of the scratching torment. Maryam knows how to work her magic and is definitely my brow fairy godmother 😅​

My brows appeared thicker and more crisp right after the procedure. Maryam gave me a cute little bag with Vaseline, antibiotic ointment and vitamin A in it. I had to put the antibiotic ointment on my brows on the first day of the healing process, vitamin A each day — everyday for 10 days, and Vaseline for every time I go in the shower to protect my brows from water as you’re not allowed to get them wet for a week.
After a day, scabs started forming on my brows, I diligently put the vitamin A on them in the morning and at night to keep them hydrated and scabs won’t prematurely fall off — causing damage and gaps on your brows. During the second and all throughout the first week, my brow area became incredibly itchy. I have a bad habit of picking scabs and bumps on my skin and so this was a real struggle! But in the name of my glorious brows, I succeeded for their sake 😂

Today, I’m going on to my second week, hair strokes still appear a little bit crisp but are now more natural looking after all the dry skin fell off. Though, I’ve had some gaps in some areas — which will all be corrected during the recommended touch-up. I’m very happy with how they turned out regardless. It feels so great waking up in the morning, and the first thing you do is look in the mirror and the very first thing you say is “my eyebrows are on fleek, ain’t  nobody can ruin my day!”. Thank you Maryam, this is a very special gift from the Brow Queen, no one could ever, ever touch my eyebrows better than you!

Why Is Microblading This Fall A Good Idea! 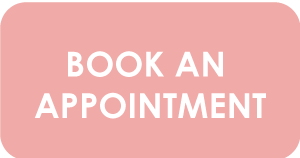